We love to seek out new industries that could benefit from games. That’s why Industryhack’s challenge with six district heating companies resonated strongly with us. The problem the companies were facing was that their product is almost too perfect. As a result, customers tend to forget how it all works. The challenge presented was one of those “easy to say, hard to solve” types of situations: find ways to improve district heating’s customer experience and overall service offering. Preferably with data-driven methods.

This wasn’t our first Industryhack, so we knew that it was going to be an intense two days of learning more about the challenge, customer preferences and quick feedback sessions. Our solution was – quite unexpectedly – a game. We established the overall concept, toned the core game loops, set out challenges for the players and decided on a visual style. The final touch was a name we could all get behind – HeatSeeker. The esteemed judges awarded us the win. The prize: make the HeatSeeker vision a reality!

In development we took care to make game actions as realistic as possible based on data provided by the district heating companies. At the same time we wanted to show how the data affects people’s lives. That’s why we moved a character called Alina in to the modelled house. Her energy consumption is at the hands of the player. Throughout development we shared playable versions of HeatSeeker and discussed key takeaways with the district heating companies. This information was a guiding light for us as we iteratively developed the game further.

Whilst feedback from the district heating companies was crucial, both us and the companies were itching to get real-world feedback. One of the district heating companies had a great idea; let’s join forces with student housing. We get valuable feedback and also help people who might live on their own for the very first time to learn more about how the world works. We ran a campaign with two student housing providers in Finland. The response we got from the students was so much more enthusiastic than we could’ve ever imagined.

“Do you know all the different aspects of your life that district heating impacts? Do I?”

These were the types of questions that circulated our team when we came across Industryhack’s challenge on improving the overall customer experience for six district heating companies. With a consensus that we don’t have much insight into the world of district heating, we decided that this is an area we need to get in on. Because we knew that we have the tools to solve the issues the companies were facing. One of the tools being the ability to ask questions with a bonus of taking the given information in, chewing it up and turning it into a game that excites others to learn, too.

That’s exactly what we did in Industryhack’s intensive two-day co-creation camp. In rapid-fire time, we went from idea generating to conceptualising and then finally pitching. At the same time, the district heating company mentors and Industryhack facilitators gave us a lot of valuable guidance insight into the industry in relation to our solution. The overall experience was massively exciting! Whilst this task came with its own unique challenges, creating games for unexpected industries we have form in, so it was all just business as usual for us.

The judging panel of district heating companies were delighted with what they heard and saw from us. So much so they awarded us the ultimate prize – the opportunity to make the game a reality!

Using Data to Light Up HeatSeeker

Our pitch, the game called HeatSeeker, featured a house that allows players to interact with the district heating elements of your home. The overall goal is to balance comfort, ecological living and budget. HeatSeeker is a browser-based game that establishes a relatable and easy-to-understand premise, illustrating a tangible link between how people use district heating and its financial and ecological effects. But what is really important is that a house is a home – and heat is a big part of what it feels like to be home. That’s why we created Alina, so that the player doesn’t just adjust the settings of a block of houses to achieve optimal results but they actually see how the different settings impact a person and their home.

In the game, players take control of Alina’s home with district heating. The aim? To keep her warm as her heating requirements change from day-to-day by increasing or reducing the room temperature.

As players progress through the different levels of HeatSeeker, more variables are added such as the weather forecast and Alina’s budget. This also means that players need to consider their choices from multiple perspectives. For example, is opening a window whilst the radiators are set on maximum power the most energy-efficient way to operate? This is a really effective and informative way of making players consider the choices they are making in their own lives as well as Alina’s.

Additionally, the effects of a player’s actions in the game needed to be realistic. All the information presented within HeatSeeker is based on Finnish energy usage data we received through collaborating with the district heating companies. Seeing all this information was a real eye-opener for us. It was a particularly fun challenge to translate a large amount of information and data into a format that’s easy-to-read and understandable whilst also being engaging for the player.

As the days go by, Alina chats about her interests and inner thoughts. But she also gives hints on whether the temperature at her home is at an OK-level.

The thermostat is not the only method. Is opening a window, for example, a more energy-efficient way to maintain an ideal room temperature?

The Effects of Energy Usage

Placed around Alina’s home are infographics for Alina’s budget and energy consumption as well as brief text tidbits that illustrate the effects of district heating.

We were massively impressed with LudoCraft for their ability to take a subject that most people just may not think about every day and turn it into something that we would have never expected. This was a big collaboration project, however everyone was on the same page throughout. All the district heating companies involved were excited and engaged with HeatSeeker, which is testament to LudoCraft’s hard work and inventive thinking.

It’s always exhilarating to send something you’ve made out into the world. This was the case with HeatSeeker as well. We knew we had all of the expert energy knowledge in place, as the district heating companies had actively tested the game throughout development. But now it was time to send Alina and her home out into the real world. Thanks to a brilliant lightbulb moment from one of the district heating companies, we came to the conclusion that student housing provides the perfect platform to test out HeatSeeker. It’s a win-win where we get feedback and people who might live on their own for the very first time get insight into how to manage budgets and understand how living costs are formulated.

Partnering up with PSOAS in Oulu and TYS in Turku we launched a month-long campaign with Alina at its center. Both of these foundations put a lot hard work into making sure their customers are satisfied with their student housing experience. It was no coincidence that the game was released in mid-September, since we wanted to reach students as they were just starting a new semester. We were incredibly grateful for both PSOAS and TYS’s help with organising the pilot release – it was amazing to have them be part of our team!

Over 2,000 people played HeatSeeker from mid-September to mid-October. Feedback was methodically gathered through a survey, which painted a pretty clear picture of how players reacted to the game. From the many comments we received, there was a pretty clear picture as to how students reacted to the game. We received lots of enthusiastic comments saying how much they had learned, the economic and social benefits of the district heating system, and most importantly how useful the game was overall. Not only did this give us a warm glow but it also focused our energies on how best to refine the final version.

Games can be an incredible tool to make people more aware of things in their day-to-day life that otherwise might be taken for granted. With HeatSeeker, we created a game for district heating customers that takes a hugely important subject and puts a spin on it that players can easily relate to and allows them to better understand why district heating is so vital. Additionally, we have provided the group of district heating companies a new and creative solution that helps them engage with customers in a more personable way.

Balance the Distribution of Heat and Play HeatSeeker

Learn more about the effects of district heating by playing HeatSeeker now in your browser! 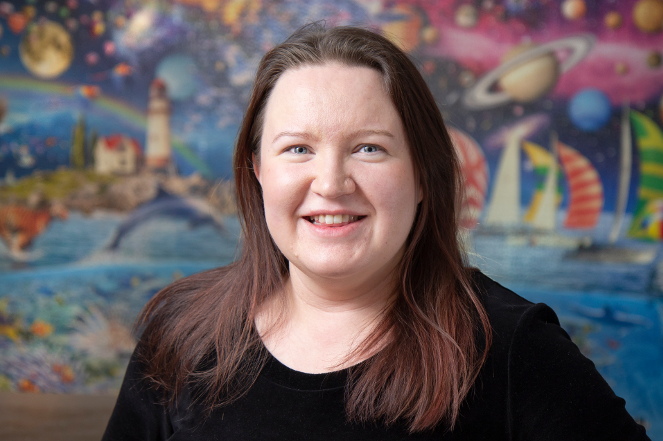 More from Our Portfolio
LudoCraft