Why Are Games Even a Thing?

One question that we get asked a lot, and I mean a lot-lot is why are games even a thing, why do we need them and what’s the use? Technically, that’s three questions but they’re all asking more or less the same thing. They’re valid questions, and I think we’ve gotten quite good at providing the answer. Without sounding too much like a kook and a true believer – although I am definitely the latter (and sometimes the first one, too) – I can genuinely say that the best starting point on explaining games is realizing their role as a part of human existence. Which is quite a vague thing to say, so I’m going to try bringing it down a notch to a more concrete level.

But first, a small disclaimer: I don’t want to write a defence piece on games because there is an abundance of people far (far!) wiser than me who can do the job a lot better. I would say, anything in excess is always harmful. Too much of a good thing is ultimately bad for you, I suppose. Even exercising, I hear. Personally, I wouldn’t know. Even though I’ve managed to document my game and exercising experiences earlier.

Instead, I am attempting to share answers on why games work from two perspectives. For me, there is a universal reply that I already kind of gave away in the first paragraph. However, depending on the context, you dress games up differently. There is no one-size-fits-all game and there shouldn’t even be one. After all, people are different and so should be the games they choose to spend time with.

For the sake of the juxtaposed world in which we live, I am narrowing the reply into two fields that are often pitted against each other in the gamesphere: games that are created solely for the reason to entertain and games that have an educational agenda. Personally, I find this divide a bit contrived. Of course you can learn things from a game made to entertain, just look at the classic example of non-native English language skills of gamers. Similarly, why couldn’t you educate yourself while having a bit of fun. Chances are you’ll be a lot more motivated if you’re entertained while learning new things – which means you’ll find improvement in your learning results. But I’ve now digressed into an almost rant. So let’s stick to the arbitrary juxtaposition I’ve conjured up to make a point. Fun, right? Glad you’re still with me! 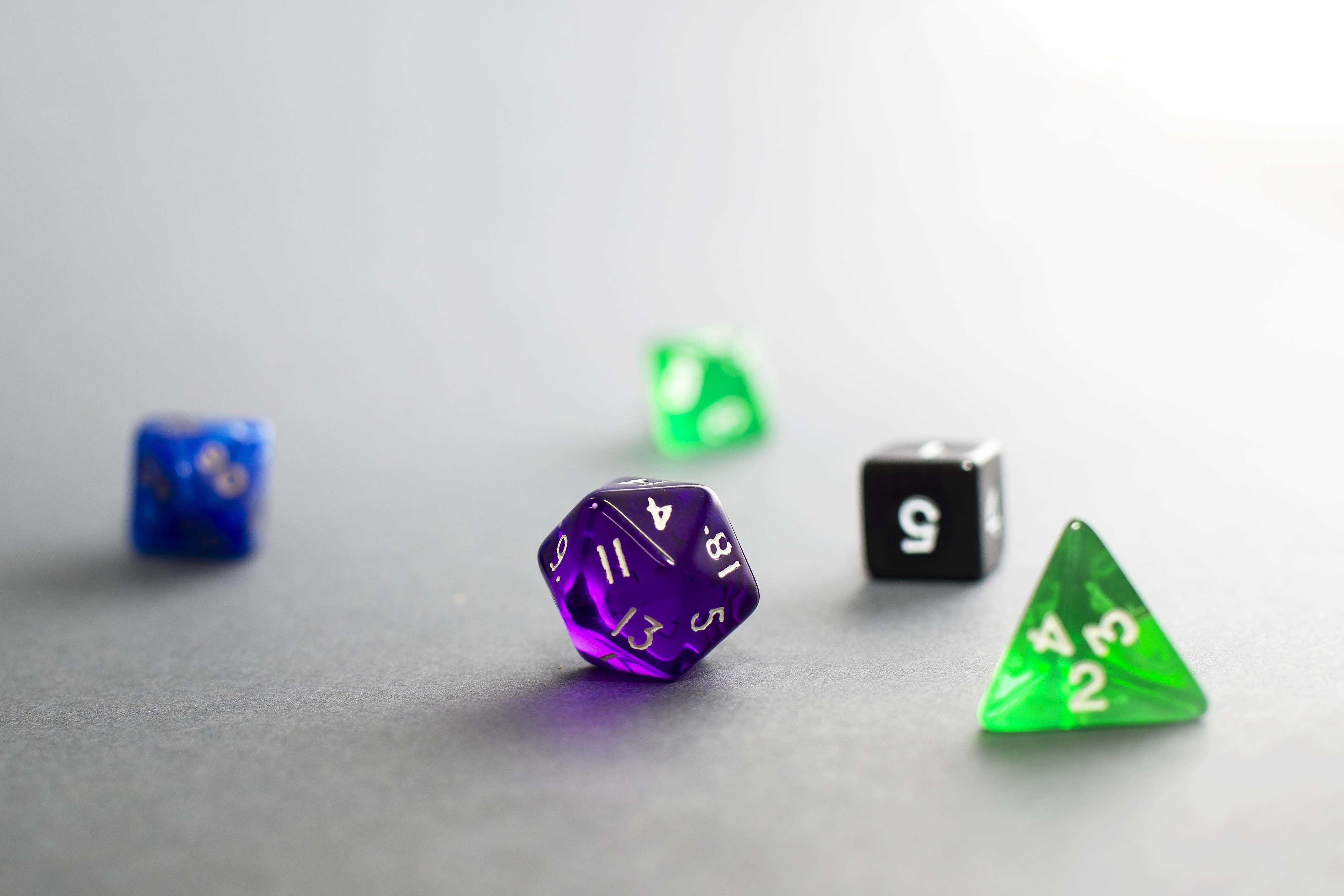 Dice can bring an element of random occurrences in games

Alright, so games work in entertainment because you’re looking to have a good time. You need those endorphins of a win released after working hard to navigate the rules of the game, learning how to master said rules and failing countless and countless of times, until ultimately emerging victorious.

Whereas for educational games you’re jumping in to actively learn a new skill. You’re over the moon when you’ve mastered said skill and the game congratulates you on a stellar performance. You’ve made many mistakes along the way but you’re so happy you’ve finally reached a certain level and are aching to learn more.

In both cases the end result is likely an audible ‘Yeassssssss’, maybe followed by an arm movement that can be best described as celebratory. For me, it’s a clichéd self high five. Mostly because I’m obnoxious. For some, it’s throwing both hands in the air which, admittedly, is much more elegant.

Apart from describing celebratory movements, what is apparent from above is that the answer to the original question(s) is always the same: games and play are a natural way of being for us humans. We enjoy the rewards, we’re intrigued by the different rituals and rules, we learn to endure failure and we learn and practise new skills. Games are a microcosmos of the world we live in and try to make sense of. So, that’s why games are a thing, that’s why we need them and that’s their use. And we’re more than happy to discuss it a lot more in the future, too. A lot-lot.

Anne Ryynänen juggles sales and marketing at LudoCraft. She continues to be amazed at the myriad of things for which games can be used as a solution. If you don’t believe her, take a scoop of proof pudding by checking out some of our past projects from here.